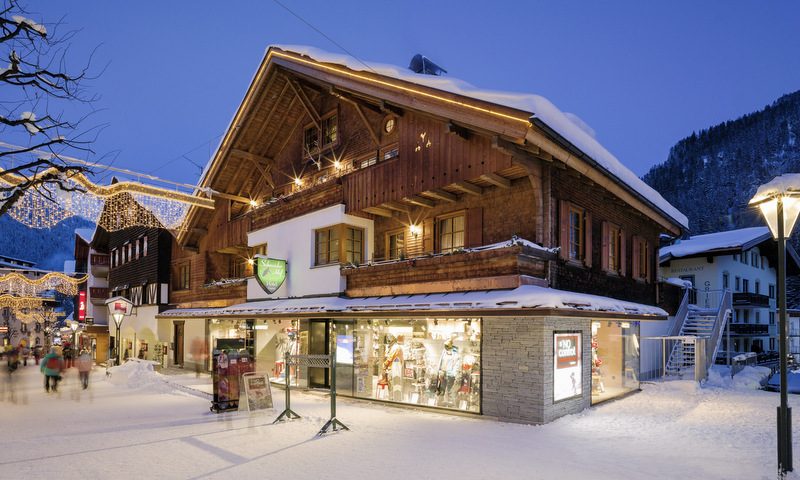 This almost century old historical marvle in the middle of the pedestrian area in St. Anton am Arlberg is a real landmark. Built by former ski pioneer Hannes Schneider as a home to accommodate his students has recently been fully renovated by Hannes’grandson Christoph and his wife Hannah.

The overhaul gave the hotel a boutique style elegance without losing its Tirolean heritage. St. Anton is a very vibrant place with lots of shops, bars and restaurants. With this hotel in the middle of it you will love it here. We sure did! 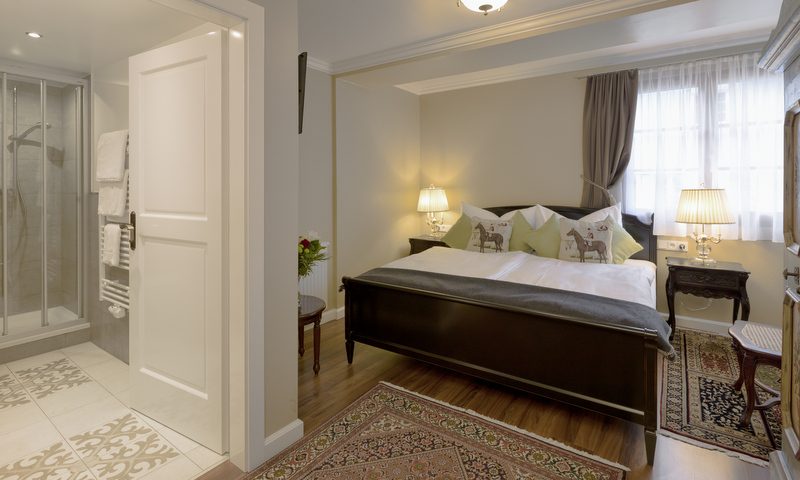 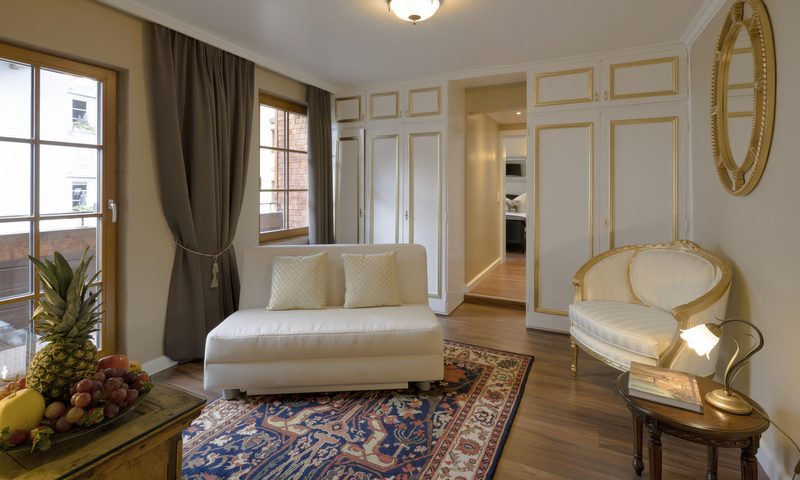 To explain the rich history of the hotel we have to get back to an era when Alpine skiing was yet in its infancy. This is the period Hannes Schneider became the Father of Modern-day Skiing, he was a true pioneer in his time. Early on in his life he became an apprentice to a cheese maker. The immensity of the mountains must have challenged him quite a lot. He loved skiing and became a full time ski instructor and guide to Hotel Post in St. Anton in 1907. He was able to fully develop and perfect his technique while stationed in Italy during the First World War. Here he taught even the most untrained recruits to ski in just four weeks time. Shortly after the war he ventured into opening the first ever ski school in Austria. This massive success only lasted unit the late 30’s. He was an outspoken anti-Nazi and in 1938 was arrested for his beliefs. Luckily his fame as Europe’s foremost skier released him into custody of his lawyer. Due to a wealthy American financier who had just opened a ski area in New Hampshire, he entered into a whole new era in his life and was released to the USA. Here he spent the rest of his life teaching his famous Arlberg Technique. 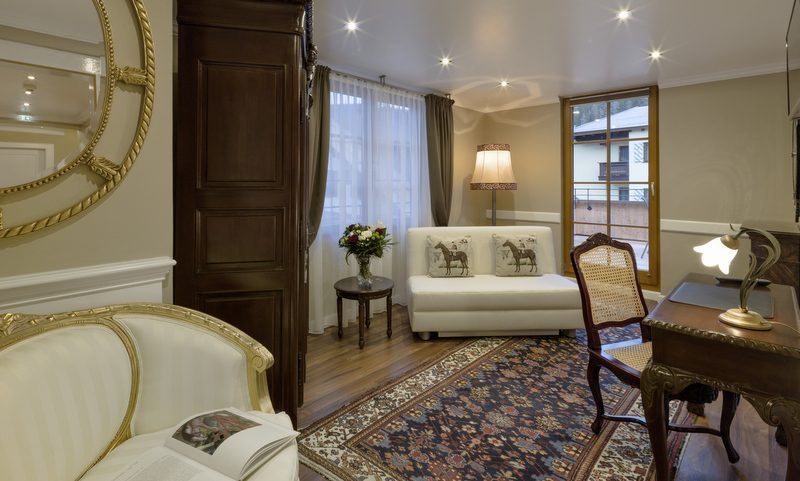 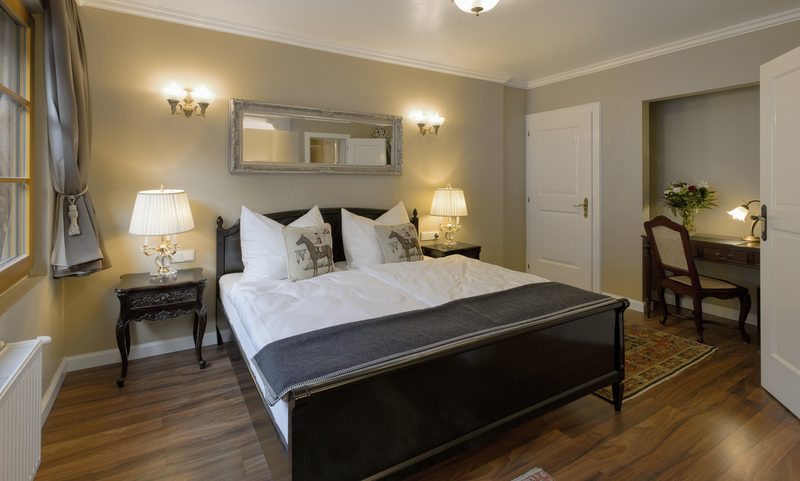 The contemporary luxury design of the spacious suites never misses out on the traditional Austrian atmosphere. The hotel has two self catering apartments and three suites, all with outer decks or balconies overlooking the snowy Alps. One suite can turned into a one bedroom suite and a standard room. The sleek bathrooms are clean, spacious and are stocked with toiletries. 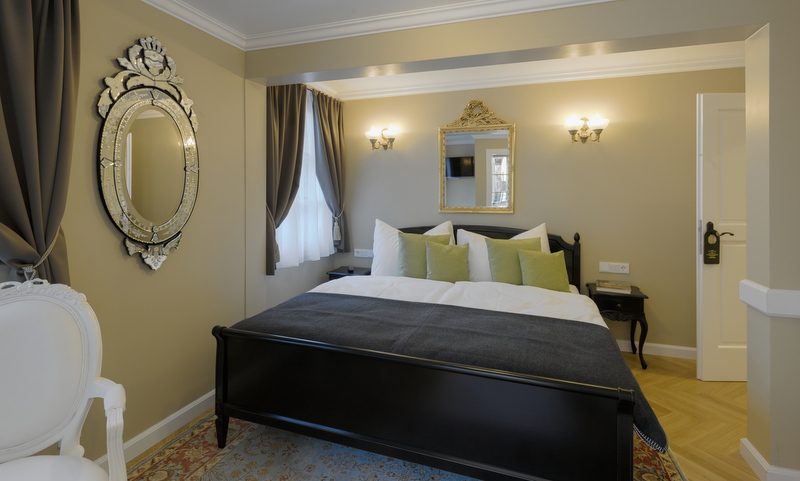 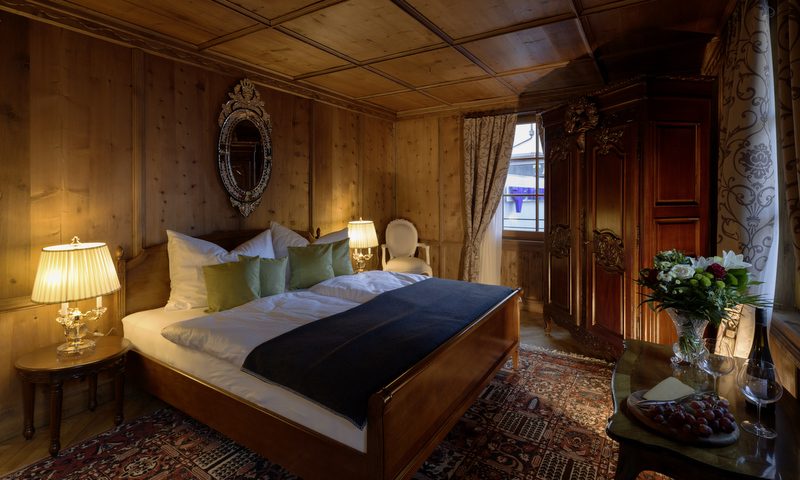 We stayed at The Schneider suite. This suite consists of two separate bedrooms called the Schneider Zimmer and the Schneider Stube. The interior of the latter is kept like it always has been. An original Tirolean Stube which is richly decorated with antique wood and Oriental rugs. Just amazing. The beds are truly comfortable, something you really long for after days of skiing the slopes. Aber es gibt mehr… as far as technology goes all rooms are equipped with flat-screen TV’s which can be accessed by wifi, have a mini refrigerator and there is free wifi throughout the hotel. 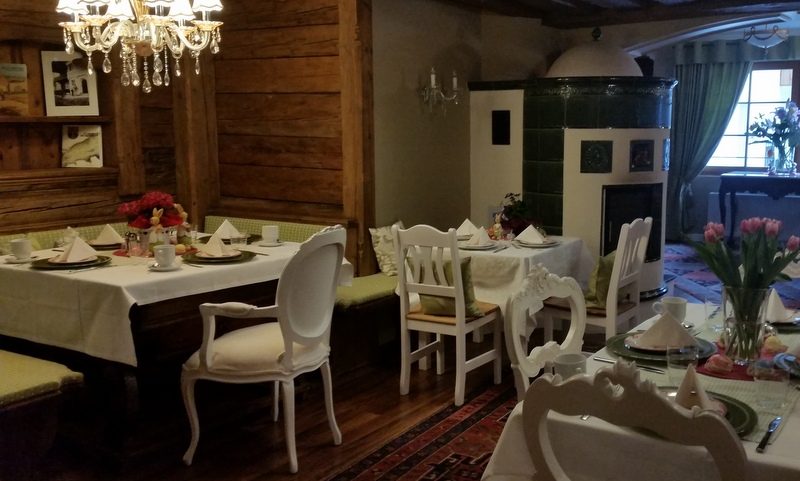 At breakfast every table is served with homemade muffins, banana bread or other delicious bakeries. Just a first reminder of a wonderful day ahead of you. The secret recipe makes them so creamy and sweet. Maybe they use yoghurt instead of milk, who knows… Breakfast is served American Style. Give your order of pancakes, waffles, French toast or any type of egg and they will make it for you. Even if your whishes are out of the ordinary they will go the extra length just to fulfill your needs.

Extra hotel amenities include a wellness and sauna facility and depot service for ski equipment just across the Galzig Bahn. This way it is just a small effort to get your gear and start your day skiing. The service is impeccable. The dedicated owners Christoph and Hannah are just the friendliest and nicest people we have met in a long time. They have so many good stories and understand what hospitality is all about. You never want to leave. Believe us.